Azure Functions can basically also be executed in Docker. During development you can also execute them locally. In this context, however, there is a problem in connection with Http triggers. Although the monthly Azure Functions Webcast (issue 20.02.2020) announced improvements in the area of Kubernetes Deployments, no further information is available or I could not find it.

Therefore this article shows how to use Azure Functions with a Http Trigger Docker.

This article refers to the procedure using Windows. In MacOS the procedure should work the same way, only specific commands like creating directories have to be adapted.

To create a new Azure Function project with an Http Trigger and Dockerfile, simply execute the following commands. As runtime for the creation we select 'dotnet'.

The project can then be started directly and the Azure Function can be executed in the CLI.

Afterwards you can call the Azure Function in the browser as usual. 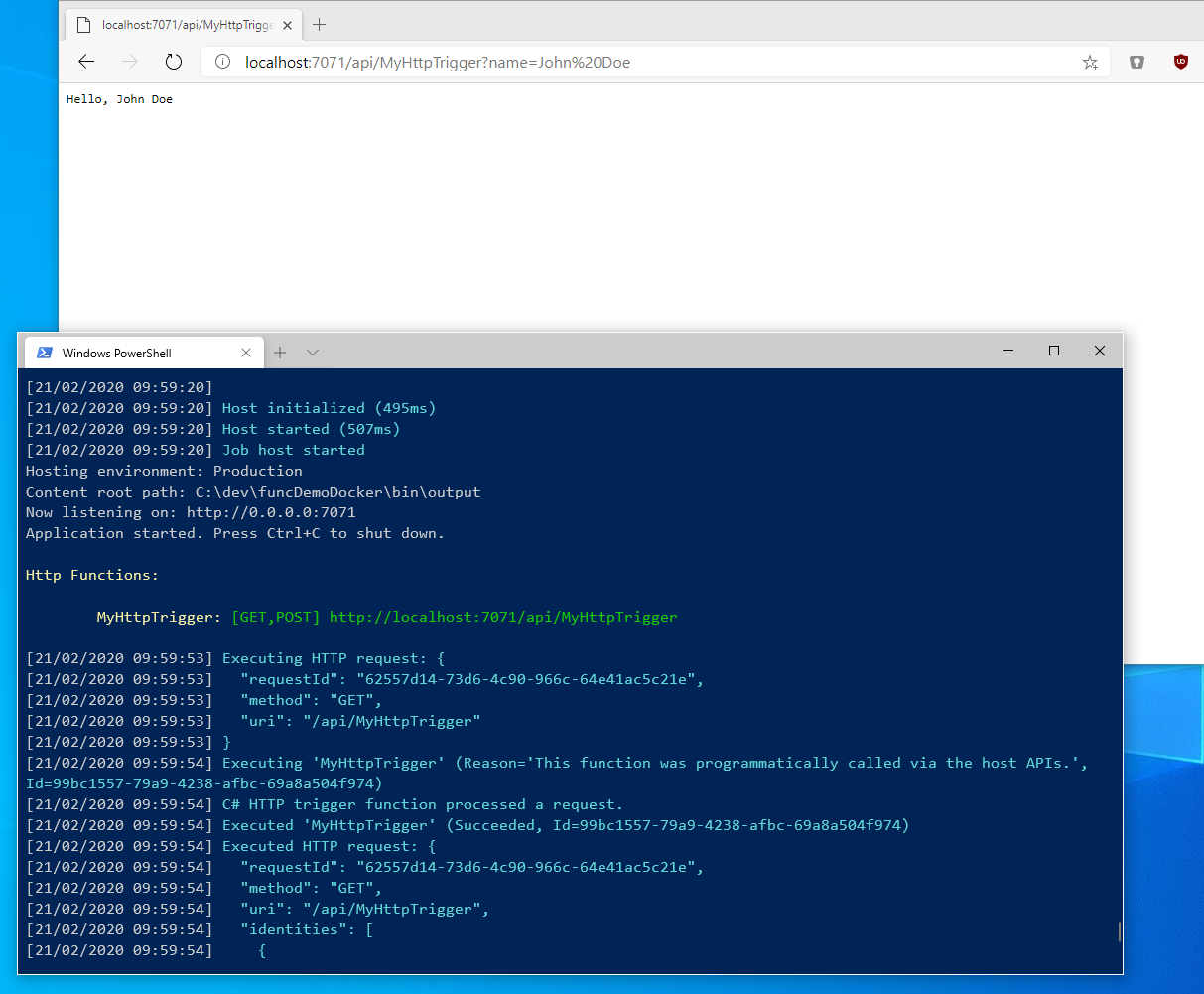 After the image is created, we can start a container.

If you now call up the administration page of the Azure Function, you will see that it has started normally. 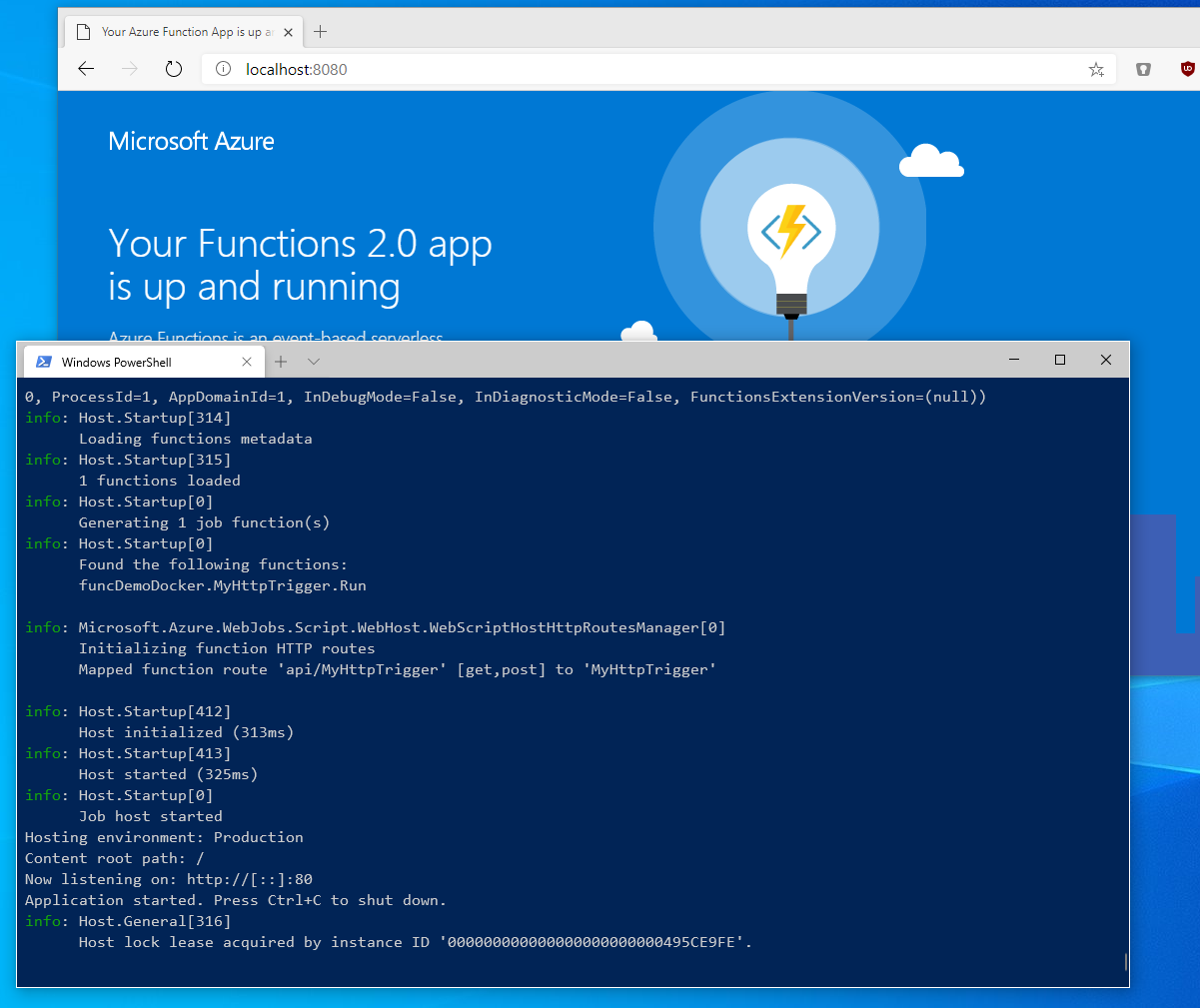 But if you try to access the Http trigger, you get a 401 (Unauthorized) error. 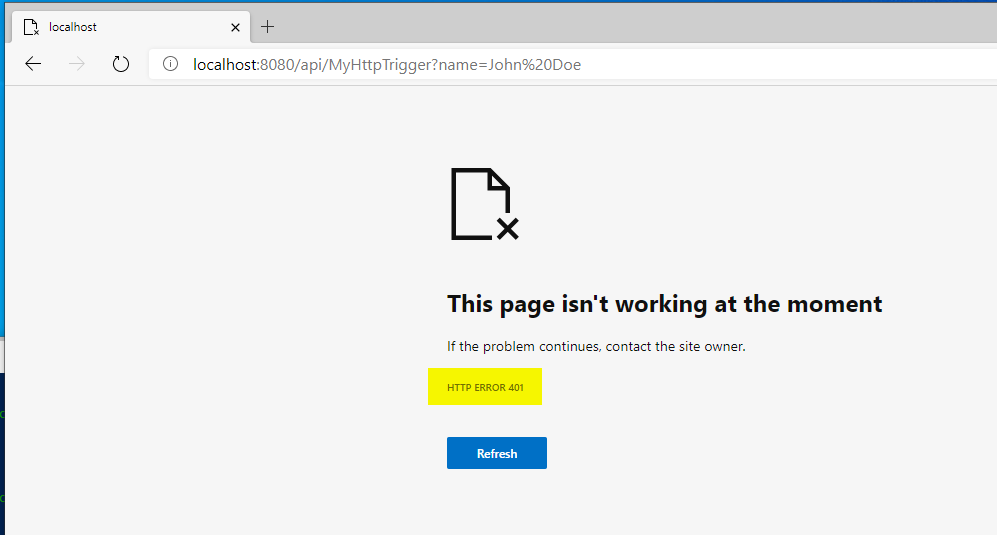 This is because the authentication of the Azure Function is deactivated during local execution using the CLI. This is not the case when executing in Docker.

To solve this problem, you only have to define the keys and tell the container or more precisely the Azure Function Runtime by means of parameters where to find them. To do this, the file with the keys must first be created. In this case this file is created in the directory C:\dev\my-secrets with the name host.json. The contents of the file should look like the following:

The <key> can be replaced by any value, for tests e.g. test1234. To then start the container, the following command is executed.

Afterwards you can address the Http trigger as usual using the key.

Using the way described above you can also run Azure Functions with Http Trigger in a docker container. The problem of unknown keys is solved by setting them explicitly. As mentioned above, this workaround should be fixed in the next version of the Azure Functions Core Tools and the keys will be generated automatically and displayed on startup.